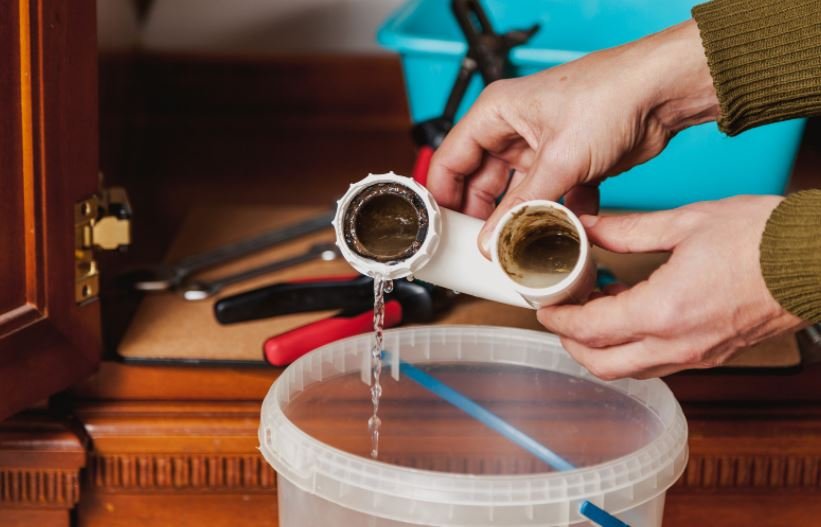 The sewer smell is very off-putting and distinct. Even when the smell is very much contained inside your basement, there is a chance you may smell it in different rooms of your house.

There are several reasons you may have the smell of rotten eggs in the drain. When you have such a smell inside your house, it can signify that there are bigger problems in your sewer system or home.

You can call an expert immediately to inspect the root of the problem and make the necessary repairs. Failure to handle this issue and get rid of the hydrogen sulfide buildup may result in serious health problems. Some of the common reasons drain smell like a rotten egg include:

Plumbing, which is damaged in the way of rotting or cracks, is common in older houses or homes, which have been vacant for a long time. If you buy a house of this sort, you may realize the potency of the smell.

In general, plumbing consists of plastic materials eaten by rodents, whereas metallic may wear, rust, and develop leaks. All these will lead to sewer gases dumped in the shower. General maintenance and regular upkeep will help to prevent these problems.

Decomposing waste and bacteria are among the common causes of a rotten egg smell in homes. The composition of sewers is a mixture of drainage, moisture, and human waste that produces a very bad smell.

The off-gassing might be toxic, which is why sewer systems are made with a sewer trap to cut off the escaping gas.

Residential toilets also have u-shaped sewer traps in the system where water accumulates, resulting in a barrier between your home and the sewer gases.

If you don’t seal the trap properly using a sewer plug, the outcome will be escaped sewer gas or a pungent smell.

This smell may accompany blockage, so it serves as a sign for you to clear the pipe. Clearing pipes in your home can help to eliminate the smell and avoid blockage.

3. Degrading Organics Inside the P-Trap

If you stand near your kitchen sink and turn it on, the air will come out of the drain. Your conclusion could be that the smell is coming from your drinking water.

Though this is not always the case. The best test is to fill your glass with water and take it away from your sink so as to smell it.

This way, you will be able to determine if the smell is indeed coming from the drain or water. Alternatively, you can pour bleach down your drain. If it improves the smell, then it means organics are degrading inside the P-trap of your sink drain.

4. Disposal of Dirty and Greasy Garbage

When preparing dinner, fat or grease may accidentally be dumped in the drain. Rather than getting washed down your drain, it will solidify on the sides. When this decomposes, the odor may emanate inside your house.

You should avoid pouring grease down your drain. However, if you mistakenly do, you may use boiling water, pure baking soda, and vinegar so as to clear out everything.

The mixture of vinegar and baking soda will eat away the junk inside your drain, while hot water may help to wash everything away and even sanitize your drain.

If your garbage also has foodstuffs stuck in the blades, this might result in a rotting smell. According to experts, you may run some ice cubes through to knock the foodstuffs off the blade.

If you recently installed piping systems and realized a new smell, it might be because of the plumbing mistake. This might be a missing vent/trap or leaky pipes.

In this case, it will be worthwhile to reach out to a plumbing company to examine the smell and determine the root of the problem so as to solve it.

A clogged vent in your plumbing system is probably the least common reason for having a smelly drain. Though it might still happen when something, such as a small animal, leaves, or dirt, is lodged inside the vent pipe, which sticks out of the roof.

Experts at Into Plumbing and Heating suggest that vent pipe is what enables water to flow down the sewer lines and drain seamlessly, so it would be best to keep this clear.

There is a distinct sign, which your drain line can be clogged apart from the smell and gurgling sound inside the piping system as your water flows away.

Although foul smells might be originating from the drain, they may as well come from a water heater, which you have not been using for a long time.

If you also move into a new home, which is a water heater that has not been used for months or years, it is recommendable that you flush the system.

If you realize that your water is already contaminated, there are some steps which you might take in order to fix it.

If the water heater gets contaminated, it can be because of the interaction between magnesium around the anode rod and bacteria.

To fix this problem, you may remove the rod and use an aluminum one instead while disinfecting your water using hydrogen peroxide.

During rainy seasons, rainwater runoff will have to go somewhere. Due to gravity, it normally goes to the lowest point it could, pouring into the available culvert in your tank.

As water collects, it usually takes up space, making the gas move upwards and accommodate the volume of water. This is because fumes have a low density, so they may start coming out of the sewer, resulting in a foul odor.

Turning on the tap and having a bad smell is something that no homeowner may want to experience. Trying to get to the root of this problem might be a time-consuming and overwhelming task.

Rather than spending many hours trying to know the cause of the smell, contact a home drain cleaning company, which will ensure no stone remains unturned.